Umbrella hat is a hands-free version of a normal umbrella, allowing you to text or navigate in the rain without worrying about carrying it around. It is basically an umbrella (without the stick) strapped to your head. A lightweight umbrella canopy is attached to an adjustable headband that sometimes looks like a baseball cap and is worn on the head like a hat.

The Story of Umbrella Hat

Although umbrella hats aren’t the most popular type of hats, there are a few eccentrics who don’t mind wearing an umbrella on their head in public. Today, it is mostly seen as a cheap and comical novelty item worn for its uniqueness. Don’t expect to see people wear it when they go to the mall.

The umbrella hat can be worn as protection against the sun when you go to the beach or when you’re working in the garden. When you think about it, it’s also a great accessory to have when you go camping since it’s so easy to carry. It is also ideal for hiking, where you need to be shielded from sun or rain without carrying extra baggage up the mountain.

Umbrella hats are very easy to operate. They click open like an umbrella, and some of them have a rope at the top that helps you pull it open. Certain types have a headband that sits tightly around the head to secure the hat in place, while others may look like a normal baseball cap.

The umbrella was invented in December 1880 by Robert W. Patten, famously dubbed as the Umbrella Man, when he moved to Seattle in the 1890s. He invented the umbrella hat while he was traveling through Mexico for work. He even took a patent out on his eccentric hat idea. 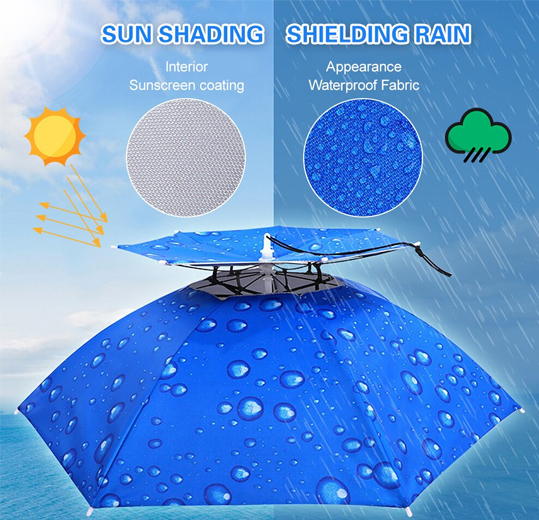 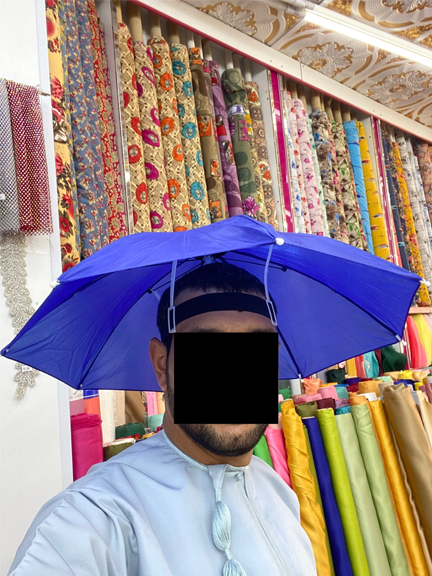 Interesting umbrella. I think it will be good in the rain for cycling

Fast delivery, very good to use, in sun and rain 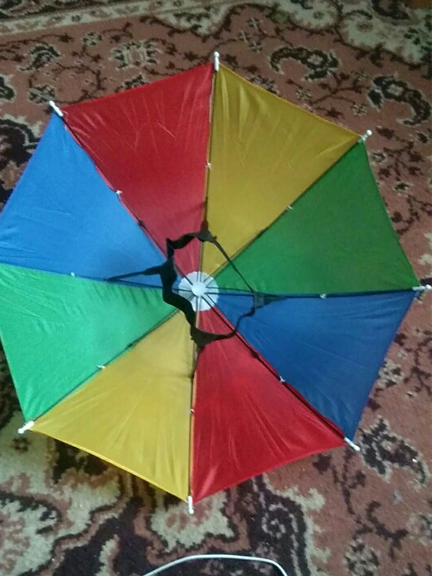 I got this hat for my dad. Everyday, when he walked his dogs, a hawk would attack his head. My sister suggested an umbrella, but we thought it would be a pain to carry. So I got him this hat. No more hawk attacks 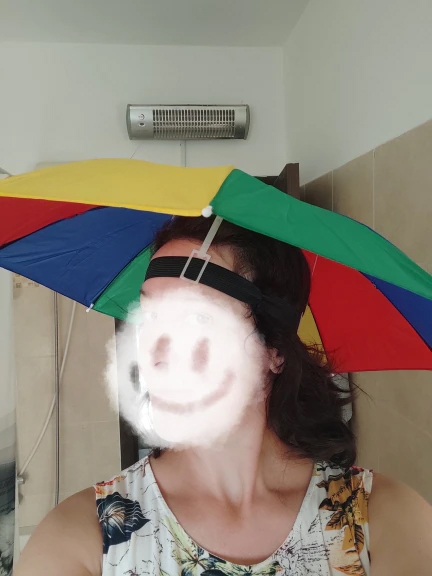 Been wearing this to protect my face from the California heat wave. We use this when we are street fair vendors so our hands are free and we are protected from rain/sun. Love it

Umbrella Hat – We are proud to be the flagship store selling a special item: Umbrella Cap.

Umbrella hats have a typical umbrella canopy, with ribs supporting a fabric or plastic covering. This canopy is connected to a headband via four short shafts on every other rib to keep the canopy over the head. The canopy is generally collapsible, with the ribs and fabric collapsing around the headband shafts, much like a typical umbrella

Stay close to us by subscribing us to get more privileges.

Nothing means more to us than bringing our customers great value and service. We provide shipping to over 200 countries around the world. Delivery time may takes 15-30 working days.

Where to buy Umbrella Hat?

Our goal is to be the leading seller by having the highest level of customer satisfaction. Contact us at anytime for a smooth shopping experience.

Yes, we are legit company. We have China warehouse and ship worldwide. You may check our reviews of our happy customers who have received their products.

How To Choose an Umbrella Hat For Summer?

Unexpected situations might pop up in life all the time! Changes in the weather are one of them. Even if you may stroll outside your

Benefits Of Using The Umbrella Hat For Your Protection

It’s a must for a lot of folks. This piece of fundamental machinery lacked innovation for years. The severe shortcomings and limits of umbrella had

Use Hands-Free Umbrella for Your Daily Activity

Put an end to grasping pointless handles and battling strong winds. Whether it’s pouring rain or scorching sunshine, the Hands-Free umbrella hat will allow you

What Material Gets Used Today for Umbrellas Hat?

No need to reiterate how different umbrella fabrics have evolved. Umbrellas get constructed from various materials, including stretchers, covering, and handles. Their creation involved a

We ship to over 200 countries

24/7 Protected from clicks to delivery